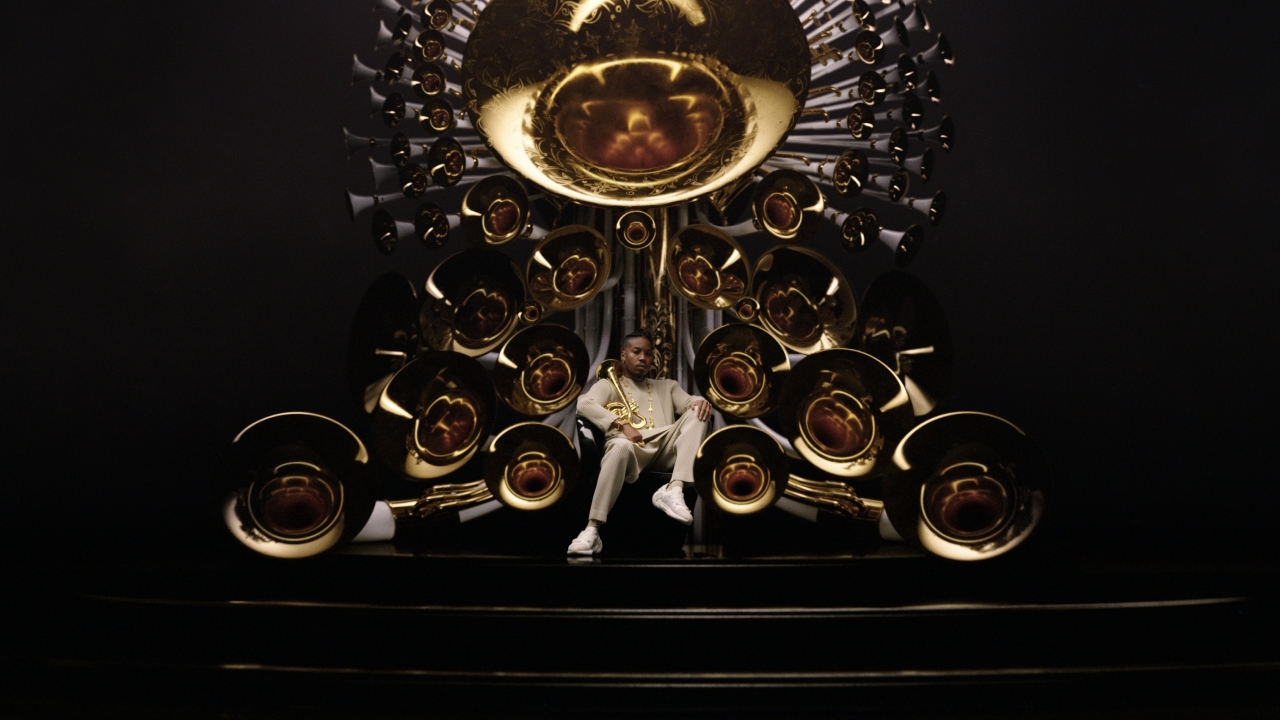 The BMW XM is a high-performance hybrid SUV that breaks from tradition, so it’s only fitting that its launch commercial is equally as daring.

“Normal? What’s normal?” we hear him ask, as dark and dramatic shots flash between glimpses of the new model car and visual imagery of his successful career to date. “Watch as we take the best from the past and shape the future”, is the lasting message.

Ambassadors was brought in by Berlin production company EASYdoesit and director Chehad Abdallah, whose special script needed the right VFX partner to bring the film to life.

“All visual symbols such as the throne of trumpets, piano tied by balloons, clouds, lightning, crown and breaking mirror were designed and created by the Ambassadors design, animation, VFX & 3D teams,” says Executive Creative Director Justin Blyth. “I particularly love the crown, which was built by unfolding and rearranging parts of the BMW rim”.

Known for his VFX on award-winning projects such as 96% and Wear Your Denim Till the End, VFX Supervisor Bas Moonen led the team in ensuring the CG was as hyper-realistic and beautifully lit as possible. He also helped ensure there were easter eggs of details throughout.

While on set, Bas noticed that Chief’s trumpet had a unique engraving. “So we asked if he’d be up for seeing this in his trumpet throne, and when he was, we captured as much reference imagery on set as possible to incorporate it into the CG”, explains Bas.

Other details include the mirror break, which splinters into the pattern of the uniquely sculptural BMW XM roof liner. This was about a fine balance between keeping to this geometric pattern design and also keeping the glass break believable.

“Shaping the clouds was also a challenge, as we had to ensure they had the right sense of scale,” says Head of 3D Ralph Meijer. “There’s a fine line where it can become too much like thick smoke, or lose too much detail if it becomes transparent. But we feel like we achieved that dreamlike, ‘in the clouds’ feeling”.

“The process with the whole team involved was about as collaborative and inspiring as it can get. In the end, a thousand little choices and tweaks multiplied exponentially to create this powerful film,” adds Justin. 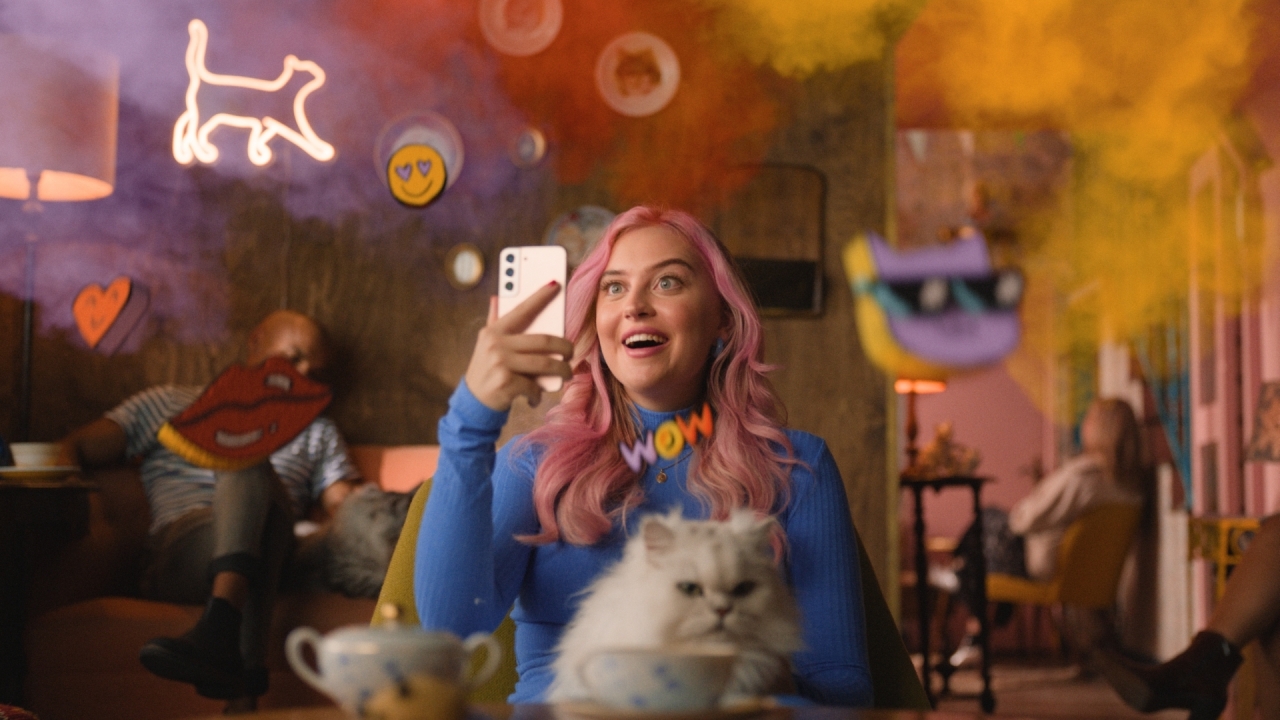 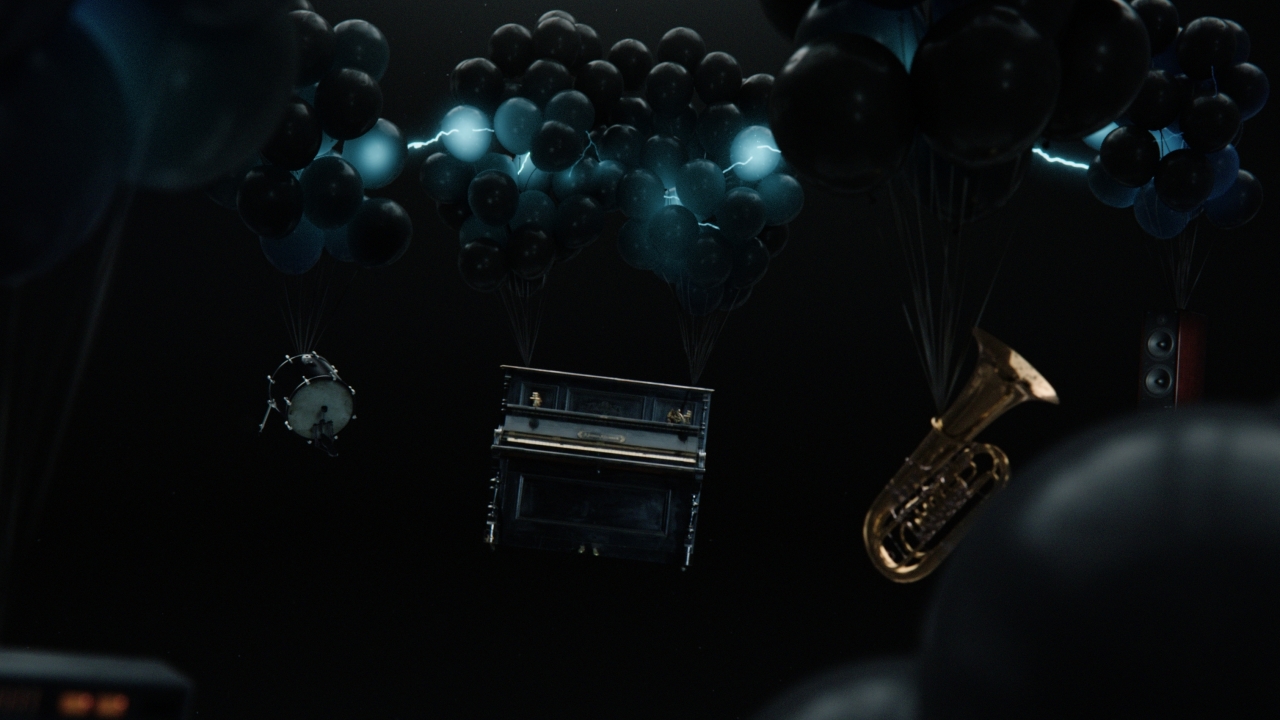